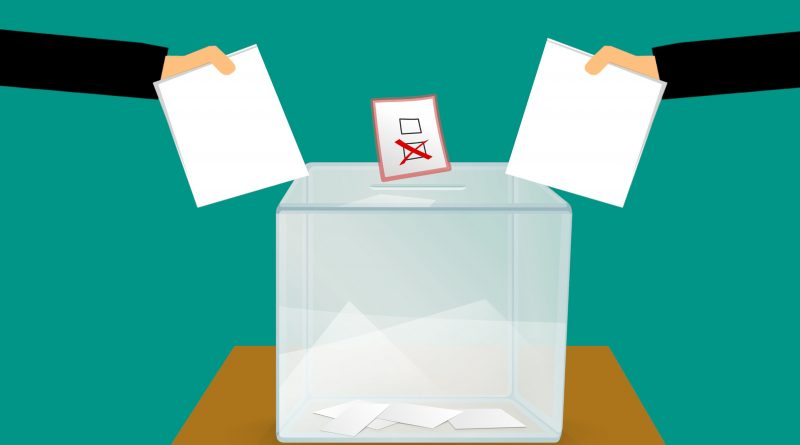 Klamath Falls, Ore.–On April 27, Brie Landis made history as the first write-in candidate to win the office of ASOIT President at Oregon Tech, and that win sparked changes in ASOIT’s election bylaws.

“I didn’t even consider ‘running’ really, until I saw a classmate say that she wrote me in,” said Brie Landis (they/them). “For a few hours, I thought it would be a good joke, then I took it (kinda) seriously.”

On April 21, Landis posted a first and only campaign message on the OIT app. They also sent the message through an email list for students who had organized in support of Oregon Tech faculty, who were about to go on strike.

“Two weeks ago, I spoke passionately to the [Oregon Tech] Board of Trustees about how I feel our tuition dollars are being misused,” Landis’ message said. “Now, I’m planning to strike with our faculty in solidarity: you’ll see me out on the picket line. While this is short notice, I ask you to vote for me for ASOIT President.”

Landis would be running as a write-in candidate.

“I’m not officially on the ballot,” the email version of Landis’ message said, “but we deserve to be heard and hold a seat at the table. Join me in making waves: we’re stronger when we’re organized together!”

By the time Landis had decided to run, campaign week was long over. It had occurred April 5 through 11 and voting had opened April 13.

On April 21, the same day Landis sent out that first campaign message, Student Affairs sent an email notifying the student body that voting would close April 24.

Running as a write-in candidate with only three days to campaign, Brie Landis won the Presidency. ASOIT made the official announcement in an April 27 post on the Oregon Tech app.

There was just one problem:

The ASOIT Constitution and election bylaws contained no guidance regarding write-in presidential candidates, and Landis, not realizing there was an official process for filing to run, had unwittingly violated several of the bylaws laid out for official candidates.

According to current election bylaws, last updated in 2015, all candidates must confirm their eligibility with ASOIT, submit an application stating an intent to run, and submit campaign material for approval by the Election Committee before posting it. A March 12 email from Student Affairs informed the student body of this process and said it should be completed by April 2.

Landis had missed that email.

Also, Landis’ one and only campaign post on the OIT app had not been submitted to the Election Committee for approval prior to posting. It was a meme related to the faculty strike and it included an image of Hootie, Oregon Tech’s mascot, which violated a bylaw stating that “campaigning may not include use of Oregon Institute of Technology logos or symbols.”

The bylaws also state that the Election Committee may disqualify a candidate for any infraction of regulations, or if they have violated rules with “willful intent,” or if their conduct has shown a “blatant disregard for the rules of the election.”

But again, these bylaws pertain to official election candidates. Neither the ASOIT Constitution nor the current election bylaws contain the word “write-in.”

ASOIT had been revising both documents since before the election, but according to ASOIT Executive Committee meeting minutes, it wasn’t until April 28, the day after Landis’ win was announced, that officers first discussed developing and adding language regarding write-in candidates.

During their next General Meeting on May 12, ASOIT discussed potential changes with concerned students.

The write-in option has been available on Oregon Tech election ballots for a long time, Sally Sutton Chair of the ASOIT Elections Committee explained. But election bylaws do not spell out procedures ASOIT should follow if a write-in candidate actually wins.

This absence of verbiage left the Elections Committee in a conundrum, Sutton said.

But rather than disqualify Landis for unknowingly violating bylaws, the Election Committee decided to honor the win.

After discussing potential changes, ASOIT decided to keep the write-in option on future ballots. They also decided to do away with the option to cast a no-vote and get rid of a bylaw that said the winner must get 40% of votes (including the no-votes).

The only options on future election ballots will be candidates who officially applied to run and a write-in slot, and whoever gets the majority of votes will win.

“These revisions are still in the beginning stages,” Sutton said, “but we’re hoping to get them approved by the end of this term so that next year’s executive board will have a better foot to stand on.”

When asked why they decided to run, Landis replied in a Discord message:

“I don’t know exactly how much of a role I can play in the decisions, but on a broad scale I’d like to increase transparency between admin and students, stop the nearly constant 7% annual tuition increases, do what I can to stop running the University ‘like a business,’ and be involved with the faculty union and other worker-focused groups. What I’d like to see is more of a student voice: from what I’ve observed, many of us are unhappy about things done on campus, but everyone feels like it doesn’t matter that they’re unhappy– they feel like they can’t change anything. I want to be their voice. I have nearly zero experience in government or other bureaucracy, as I’m more of an anarchist ideologically, so my intention is to take in issues from students and amplify their voices.”

One of those voices belongs to Alex Zendejas, who said in a Discord message, “I voted for Brie because I felt that Mason [Wichmann, current ASOIT President] didn’t represent students well in supporting faculty, and if Brie were President, they would do better. I hope to see ASOIT stand up against admin when they are President.” 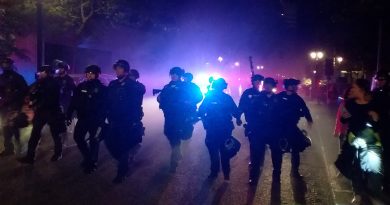 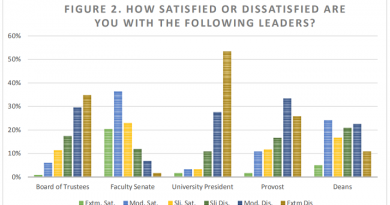 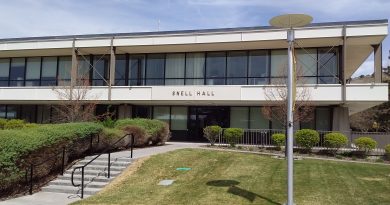 Opinion: Oregon Tech can budget Over $500,000 for Snell Hall Renovations but not for fair faculty salaries